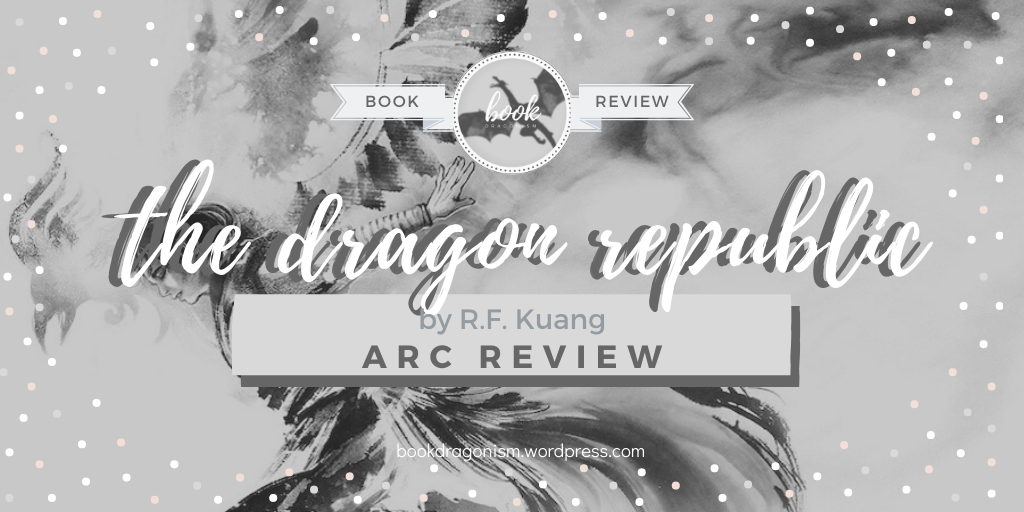 The Dragon Republic by R.F. Kuang

The searing follow-up to 2018’s most celebrated fantasy debut – THE POPPY WAR.

In the aftermath of the Third Poppy War, shaman and warrior Rin is on the run: haunted by the atrocity she committed to end the war, addicted to opium, and hiding from the murderous commands of her vengeful god, the fiery Phoenix. Her only reason for living is to get revenge on the traitorous Empress who sold out Nikan to their enemies.

With no other options, Rin joins forces with the powerful Dragon Warlord, who has a plan to conquer Nikan, unseat the Empress, and create a new Republic. Rin throws herself into his war. After all, making war is all she knows how to do.

But the Empress is a more powerful foe than she appears, and the Dragon Warlord’s motivations are not as democratic as they seem. The more Rin learns, the more she fears her love for Nikan will drive her away from every ally and lead her to rely more and more on the Phoenix’s deadly power. Because there is nothing she won’t sacrifice for her country and her vengeance.

The sequel to R.F. Kuang’s acclaimed debut THE POPPY WAR, THE DRAGON REPUBLIC combines the history of 20th-century China with a gripping world of gods and monsters, to devastating effect.

Note: All the quotes used in this review are from an uncorrected proof and are still subject to change.

Just a few words before I officially start my review.

I’M SUCH A HUGE TRASH FOR THIS SERIES THAT I ALWAYS GET OVERWHELMED BY EMOTIONS WHEN I TALK ABOUT IT. The moment I finished reading The Poppy War, I stared at nowhere for a few minutes because my brain can hardly process the masterpiece it just consumed. TPW immediately earned its place on my all-time favorite list because it’s THAT good. When I got approved for an e-ARC of The Dragon Republic (my most-anticipated book of 2019), I cried like a baby while my sister looked at me with judgment in her eyes. Naturally, I breezed through this sequel in no time and found myself screaming at its brilliance.

It took me MONTHS to finish writing this review because I always end up in tears whenever I think of this book. The Poppy War punched me in the gut and ripped my heart right off my ribcage. The Dragon Republic punched me in the gut, ripped my heart off, offered it up to the sharks, and tossed my carcass off a cliff. I’m sorry to tell you this but no one will ever be ready for this book.

MORE THOUGHTS ON THE DRAGON REPUBLIC:

• It shows a vivid portrayal of addiction and withdrawal

In this book, ‎Rin’s personal struggles are clearly shown. We can see her struggle with opium addiction, withdrawal, and grief. Rin’s anxiety was also palpable within the pages that I felt it as if it were my own. I understand how most people don’t like Rin as a character but she’s actually one of my favorites in this series. She’s one of the most flawed characters in fiction and that makes her all the more interesting. Her struggles with leadership, thirst for revenge, and her hunger for power and approval make her seem more human.

“But she didn’t want to be strong. Because if she were strong then she would be sober, and if she were sober she would have to consider the consequences of her actions. Then she’d have to look into the chasm.”

I am giving R. F. Kuang all the stars in the universe for creating three-dimensional characters that you can’t help but admire, hate, or be suspicious of. I already spoke of my admiration for Rin but there are still a ton of characters that I’m interested in. In this book, I met new characters such as Vaisra a.k.a the Dragon Warlord and got to know more about old characters such as Empress Su Daji. It’s safe to say that I definitely didn’t know who to trust while reading this book. I didn’t even trust the sea or the potted plants. I’ll leave you with this iconic Vaisra quote and I’ll let you decide what to make of him:

“People will seek to use you or destroy you. If you want to live, you must pick a side. So do not shirk from war, child. Do not flinch from suffering. When you hear screaming, run toward it.”

There are also a lot of Altan references in this book which turned me into a puddle of emotions. Altan used to be one of my favorite characters (back when I didn’t know better) but I eventually realized that he’s a first-class asshat who needs a hug and deserves ten punches to the face. It’s physically painful when people compare Rin with Altan. My girl deserves better.

“You must concentrate. Fortify your mind. I know you hear the screaming. Learn to live with it. Altan did.” Rin could taste blood staining her teeth when she spoke. “I’m not Altan.” “Then learn to be,” he said.

Oh and there are still a lot of characters I’m sure y’all will be glad to meet again. It was both painful and fascinating to read about these old characters in the aftermath of The Poppy War. I’ll stop speaking now before I accidentally invoke spoilers.

• ‎It portrays the chaos of naval warfare in great detail

I can say that The Poppy War is more brutal than The Dragon Republic but it still has its share of bloodshed and vicious warfare. This book focuses more on the naval aspect of war so you can expect a lot of ships and water fighting (yes you read it right. i really said “water fighting”). I enjoyed reading about naval war strategies because I haven’t read any another book that paid close attention to naval warfare except this one. It’s obvious that R. F. Kuang really spent a lot of time researching about it and I applaud her for that.

Aside from writing fleshed-out characters and badass war strategies, R. F. Kuang is also a master of world-building. The Dragon Republic offers a wider look at Nikan, especially because a lot of scenes happen in the Dragon Province. I also got to know more about the political and economical might of the Hesperians and the power of the people from the Hinterlands. There’s more to this world aside from war and magic. I can’t wait to read more about the role of Nikan’s neighbors and how they can change the course of the war in the next book.

• ‎R. F. Kuang is a rising queen of fantasy

I’m calling her the Pheonix of fantasy now. She deserves the title so much because she’s a being of fire and ashes. This series is a gemstone of the fantasy genre in all its chaotic glory. I’ve never read anything quite like it. At first, I was afraid that The Dragon Republic would come across as inferior because I thought nothing could ever top The Poppy War. BOY WAS I WRONG. TDP offers a different kind of emotional rollercoaster that will break your heart but will still leave you asking for more. R. F. Kuang is undoubtedly one of the smartest authors I’ve ever come across with.

“You spend your whole life chasing after some illusion you think is real, only to realize you’re a damned fool, and that if you reach any further, you’ll drown.”

I don’t have enough words that will give justice to this book but I tried my best. I think the only negative thing I can say about it is that it’s a bit slow-paced but aside from that, I have nothing to say but praises and occasional screams of pain. This is surely one of my best reads of the year. READ IT AND SCREAM WITH ME. I’m sending you all the proverbial chocolates and tissues. You’ll definitely need em.

OH DON’T LEAVE YET I STILL HAVE A SPECIAL ANNOUNCEMENT TO MAKE! A few weeks ago, I tweeted this masterpiece:

For the first time since that tweet, I am announcing the author in question and YES IT’S NONE OTHER THAN R.F. KUANG HERSELF! I actually had an interview with ONE OF MY FAVORITE AUTHORS. Excuse me while I cry again in this corner. I’m planning to post the interview on August 5 (one day before the release of The Dragon Republic) so I hope y’all watch out for it! Rebecca is a genius and this interview is truly one of the highlights of my blogging life.

Is The Dragon Republic on your TBR? Are you trash for this series just like I am? What are some of the best sequels you’ve read so far this year?

buy me a ko-fi 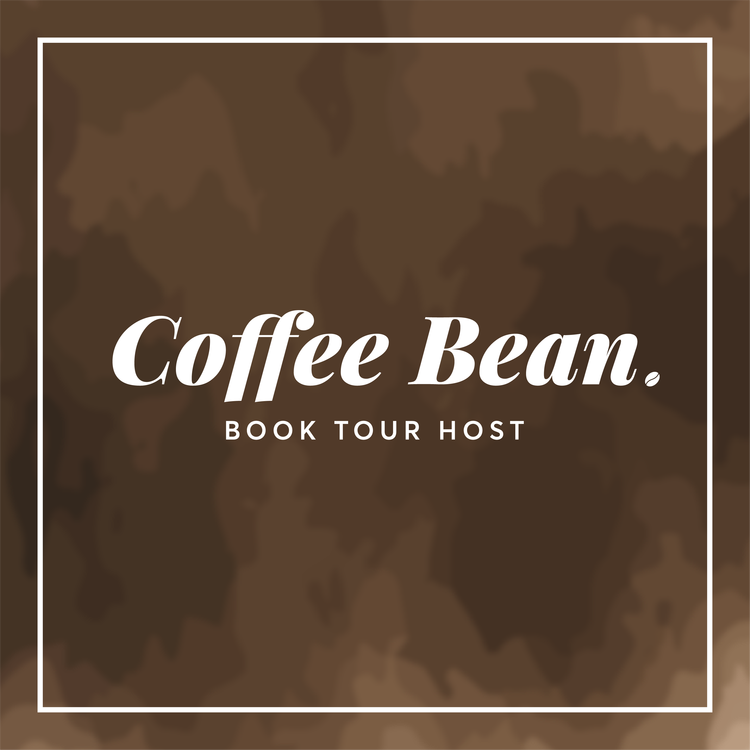 BOOKS I RECENTLY READ AND LOVED